One thing I have loved about living in Alberta is all the new things I’ve gotten to do that I would probably never have gotten to do otherwise.  So far I’ve gone camping all over the mountains, helped out at a branding at a cattle ranch & this weekend I got to attend a party celebrating the 100 year anniversary of the homesteading of a farm.  Cool, huh?

Keith & Darlene have a beautiful place in Eastern Alberta.  It was homesteaded in 1910.

It took us about 3 hours to drive there for the party.  We took our trailer so that we could stay the night.  Boy was I glad we did b/c the band played until 2:15am! 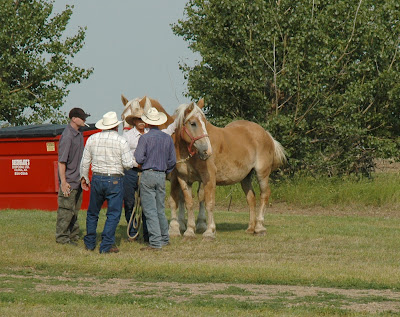 There were cowboys, horses & wagon rides. 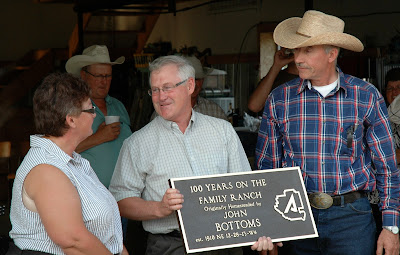 There were even plaques from the province of Alberta!  That’s the wonderful Darlene on the left and Keith on the far right….some government guy in the middle. 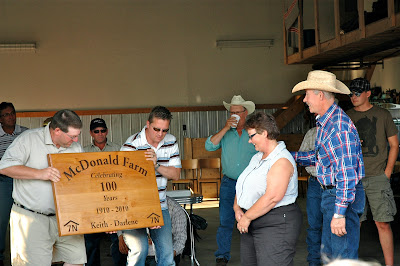 Dewey’s fam went together and got them a sign made with their names on it too.  That’s Dewey in the stripes. 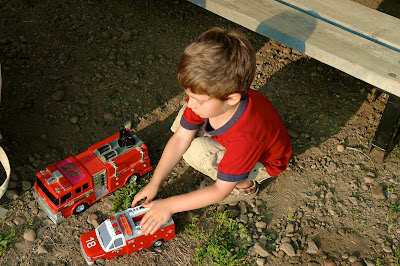 Evan didn’t much care about all the festivities…..he was too busy playing with other people’s toys…..they are MUCH cooler than his toys! 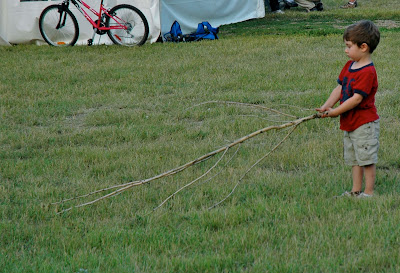 Oh…and when the toys get boring….there’s always STICKS! 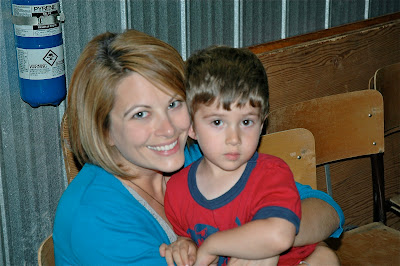 Hanging with Mommy!  The party had started by this time but Evan was fading fast. 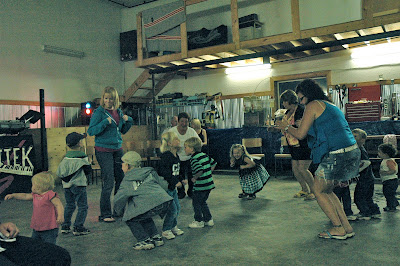 There was LOTS of dancing.  Even the kids got in on the fun….here they’re doing everyone’s favorite…. the Chicken Dance. 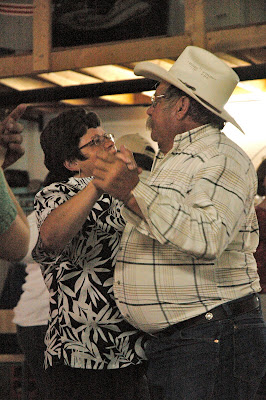 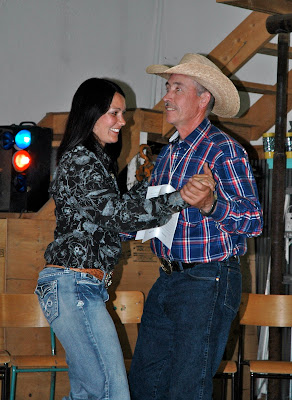 Keith & his beautiful daughter, Jill.  That paper around Keith’s neck is his dance card.  He got to dance with ALL the ladies at the party.  He danced all night long! 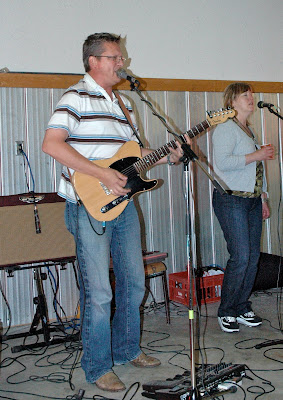 Dewey took a turn playing with the band.  He got to play two songs with them. 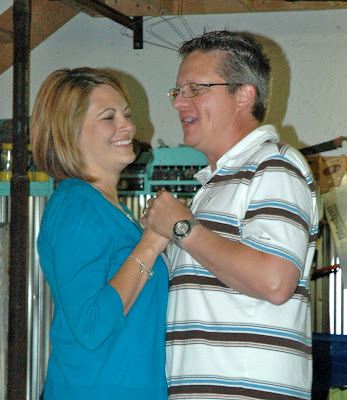 I even got him to dance with me.  I think I may have talked him into dance lessons in the future.  I’ll believe it when I see it, though. 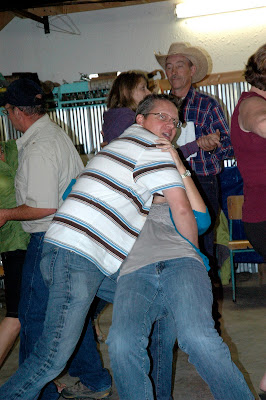 Here’s Dewey trying to be funny.  He saw that his cousin was taking a picture so he practically threw me on the floor. 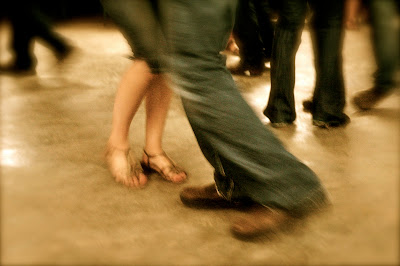 Here are a few of my “arty” pictures that I decided to take.  I like how they turned out…what do you think? 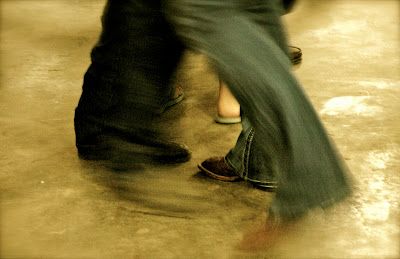 All in all we had an AMAZING weekend.  Darlene & Keith are wonderful people and great hosts.  I keep trying to talk Darlene into having more parties since she’s so good at it.  I will have to keep working on her because she keeps answering “NO WAY!”  Today we drove home & now we are very, very tired from lack of sleep but still glad we decided to go.
How was your weekend?
0shares
Healthy Jambalaya Rice
← Read Last Post
Honey Wheat Bread
Read Next Post →
Click here to cancel reply.