Visiting the Calgary Zoo with Grammie!

This long weekend, we had only had Will & Nicole for part of the weekend (starting on Sunday). We decided to do something special with Evan since he doesn’t get to “pick” what we do very often. You know….being 2 and all. We decided to head out to the zoo. We couldn’t have picked a better day. Though it was hot, the weather was beautiful. Dewey bugged out on us so that he could go golfing but we still had a blast! 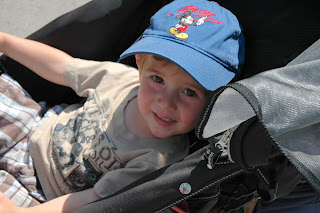 Evan rode in his stroller only after a few threats of going back home. He would rather run. Unfortunately, the zoo was PACKED so I was afraid he would get lost. 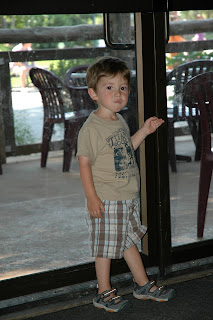 Deciding whether he could get out the door and outrun me. He decided not to chance it! Where did my little guy go? Look how long his arms and legs are now!!!! I am going to put a brick on his head! He LOVES granola bars. Especially the ones with chocolate chips. I got a loud “Thank you, mama!” 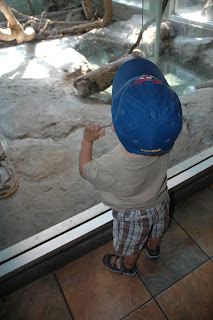 Checking out the monitor lizard. 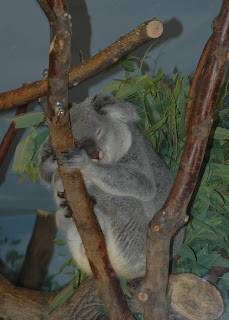 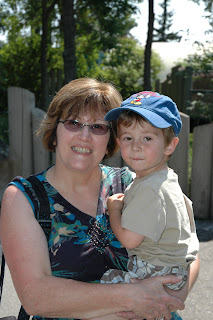 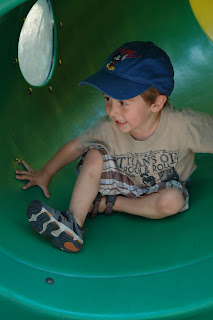 Evan loved, loved, loved the play area. Me, not so much. It was marked for 2-3 year olds but there were older kids there too (which is a pain since there were 2 huge playgrounds for them not 5 steps away). It was also really hot b/c they put the toddler play area in the blazing sun instead of under the trees like the rest of them. Talking to Grammie through the mesh. 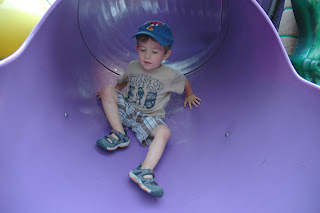 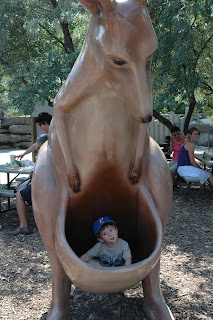