We decided to celebrate this Father’s Day with a camping trip.  We haven’t been very organized about this year’s camping season so we don’t have too much booked.  When some friends of ours asked if we wanted to go camping this weekend, we jumped at the chance.  Thankfully, the crappy, rainy weather Calgary has been experience broke so that we had a wonderful, sunny weekend.

We decided to visit the Wyndham-Carseland provincial park since it is pretty close to Calgary and right on the Bow River.  It was my first time visiting & I want to go back soon.  Since it’s right by the river, there are tons of trees.  The birds seem to really like all the trees b/c we got woken up each morning by a cacophony of bird calls/songs. 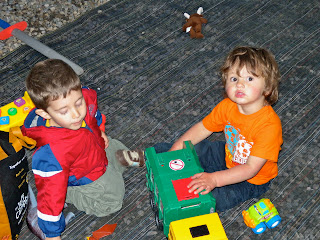 Evan had lots of kids his age there to play with this weekend.  He and James (2) played pretty well though Evan still does NOT like to share.  *sigh* 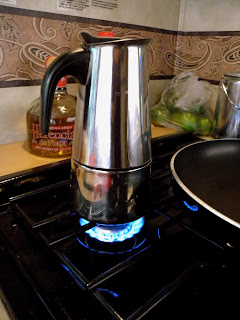 Stovetop espresso maker is the best camping gadget ever! 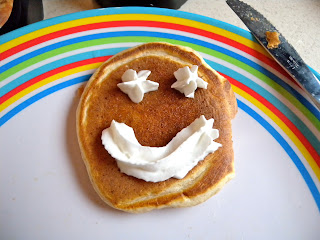 Dewey had to take Will & Nicole back into Calgary on Saturday for Super Soccer Saturday.  Evan was still asleep when they left so he stayed behind with me.  He was VERY unhappy about that when he found out.  I made it (mostly) better with smiley pancakes. 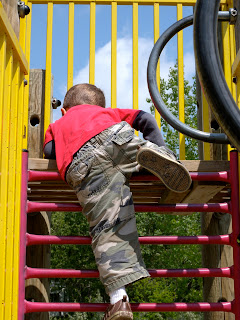 Evan is still quite cautious on the playground (he gets that from me) but he is getting more brave. 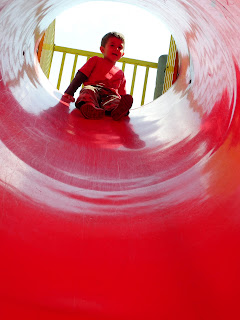 He even went down the really big slide (though I still had to catch him at the bottom). 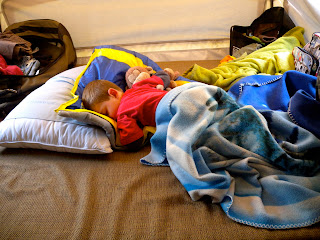 All this camping fun really tires a guy out! 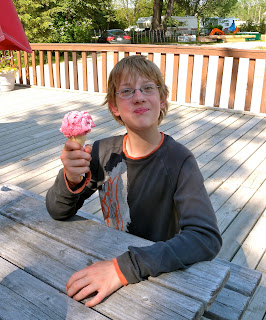 There was a little store at the campground that sold ice cream….YUM! 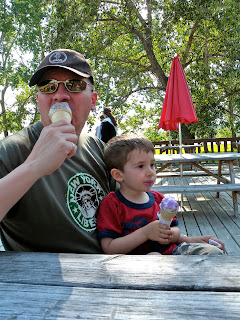 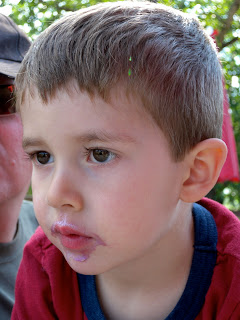 Evan wore quite a bit of his. 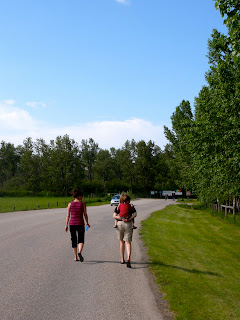 Walking back….that’s me with Evan on my back (on the right) 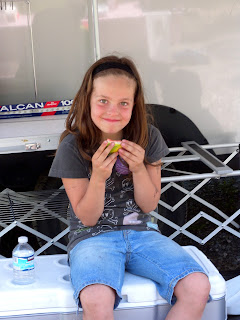 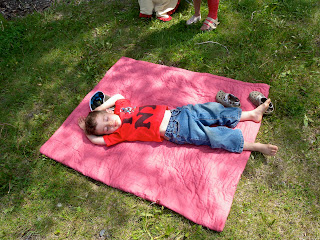 Evan had a great outdoor nap while we packed up the campsite. Such a great weekend!
How did you celebrate Father’s Day?
0shares
Weekend Waffles
← Read Last Post
Happy Third Birthday, Evan!
Read Next Post →
Click here to cancel reply.

looks like you had a great weekend. i can't wait to get out camping this summer.

the jellybean is still super cautious at the park too. though he is finally starting to go down the slide without me having to catch him. yeah! although, it does take a lot of coaching sometimes.